Internet Explorer 7 (IE7) in, CSS, "position: absolute" and "z-index" has a bug when setting the display and not as intended.

In this case the expected behavior is as follows.

The figure has become the expected behavior as this (Firefox in cases.) 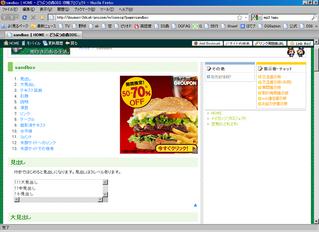 However, IE7 not work as expected as in the figure below. 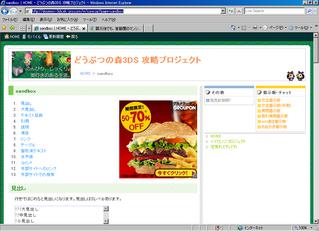 
What a limited, but IE7, z-index is used to specify the stacking order of tiers around the same purpose, was not given the global front and rear.
http://www.komacchi.com/blogs/2009/08/cssie7z-index.php

In other words, the above example "# gadget" how much can specify a z-index "# wrapper" only changes the order of Ai during the overlap.
It is located in another block and "# menuwrapper" does not change the order of overlap between the Ai.

The solution is, HTML not only seem to change position.